HISTORY OF THE NO-JURY ART SHOW 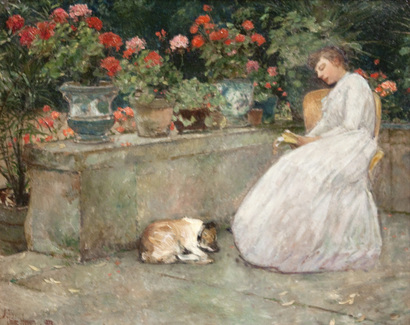 Painting by Childe Hassam
The Woman's Club of Louisville has a long history as an organization which supports the love of art in our community. As early as 1893, a group of members attended the Columbia Exposition and returned with art for an exhibition including Japanese prints and the canvases of Claude Monet and Childe Hassam. To the then culturally deprived community of Louisville, this exhibit was revolutionary and curious.

"The collections represented a strange school of painting which needed to be studied."   Courier-Journal in reference to the Impressionist paintings.
Some of those "strange works" now reside in the Chicago Museum of Art.